The number of cranes has remained steady for the Eastern District Population of Greater Sandhill Cranes over last 10 years,

there has not been a population "explosion" - as suggested by SR 20. 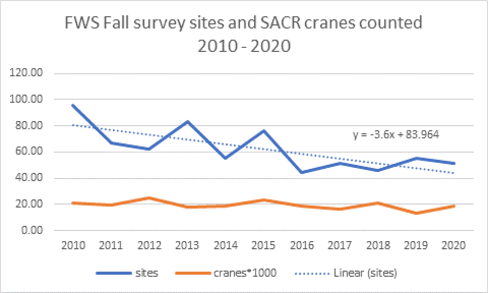 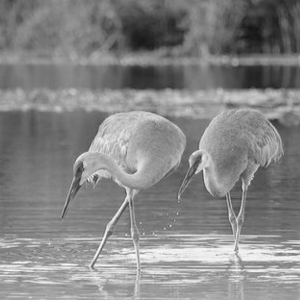 FROM THE MICHIGAN AUDUBON SOCIETY: Not only must current population numbers be estimated with confidence, but we need to understand how those numbers have fluctuated over time and what has caused those fluctuations in order to really understand this species’ population dynamics. We are nowhere near this level of data-driven readiness or confidence with the eastern population of Sandhill Crane. This was a large part of the frustration felt by wildlife biologists and ecologists on this issue. Wildlife biologist and U.P. resident Joe Kaplan commented on the potential designation of the Sandhill Crane as a game species, stating “Sandhill Cranes, unlike other game species, just don’t express the population dynamics that can tolerate harvest — a principle that has governed conservation and hunting for the past century. Localized crop damage aside, this species deserves full protection as a cherished member of Michigan’s non-game migratory birds.”